Since more than a decade I am used to paint in abandoned places. Former factories, villas and proper ruins were for a long time the context of many artworks of mine. My artistic research is focused in the interaction not only between the space and the picture, but also between them and the suspended time typical of this kind of places in which nothing happens but the slow work of the nature. The little flat that hosts Apartment A is different. It is not abandoned, but simply waiting for renovations. That changes everything... The time of this little piece of universe is paused, the humans activities will restart really soon, everything will be renewed and, at the same time, destroyed.
In this page I like to present to you my artworks introduced by the wonderful text that Ivana wrote for the catalog. Enjoy!
Ale Senso

Apartment A is much more than an exhibition, it’s an expression of visceral love for art, for the enhancement of unused places, for the urgent need to communicate a message and make it accessible to everybody. In fact, it’s in a public space, although temporarily abandoned, that the new project of Ale Senso, a sensitive, creative artist with a recognizable style who I have been following for years with great interest, has been carried out. During her long artistic career, mostly between Italy and Berlin, the artist had been dealt with different issues, mainly social, and with every kind of artistic intervention. Regardless of the kind of places and walls, the means of expression and techniques she had been chosen, from posters to graffiti, from installations to big murals, her art has always been characterized by a thorough research and a profound will of experimentation and evolution. There isn't a single artwork that is not filled with emotions, meaning or stories. A spokesman for a generation, with a constant interest for underground culture, Ale Senso invites the spectator to a reflection, on more or less popular topics, but all easily understandable and open to interpretation. Working-class struggles, present and the future of Europe, dreams and needs of today's society, the concept of metamorphosis, but also artistic and literary homages and dreamlike suggestions; these are just some of the topics that the artist dealt with during festivals, public or spontaneous art, exhibitions and commissions.

For Apartment A, the artist's attention shifts to the uncertainty of the future. No coincidence that the intended location is a disused apartment, which will be renewed. The owners of the apartment, available and sensitive to art, have enthusiastically agreed to let her use the place for several months, although they can’t guarantee the future permanence of the artworks. Thanks to this opportunity, Ale Senso has gradually given life to what is can be considered as a thematic journey and a real solo, independent and unconventional exhibition. Over the months the rooms literally came to life; in fact almost all the figures represented, with an extraordinary three-dimensional effect, detach themselves from the walls and seem to come out as if they were alive.

They are lonely and melancholic figures who seem to want to claim their space, their dimension, trapped as they are in an evolutionary path, painful but necessary.
The artworks are eight, one of which is in collaboration with the Gianle Lametà (artist from Puglia), entitled "A Theodore the Poet". Not only characters in transition but also futuristic elements that recall space travels, robots, and the "Big Brother". A technological future where opportunities go hand in hand with the loss of privacy, individuality, control, confidence and decision-making power. Apartment A is a window to a possible, obscure, uncertain future. But is also a cry of protest and hope, a call for greater awareness and not giving up, since is what you think and do today that determines your tomorrow. 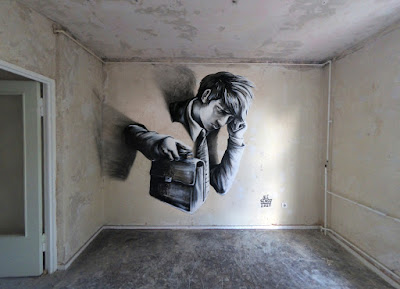 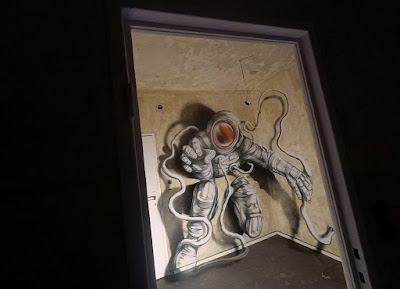 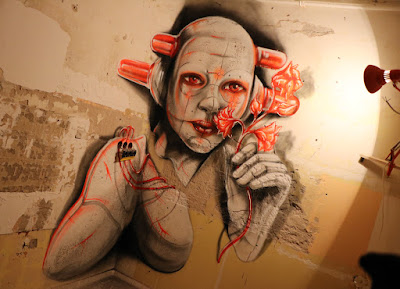 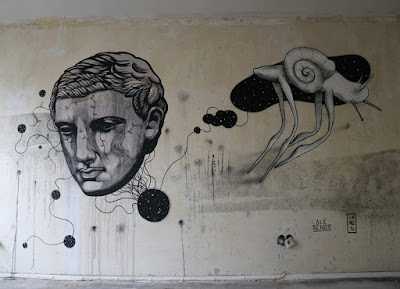 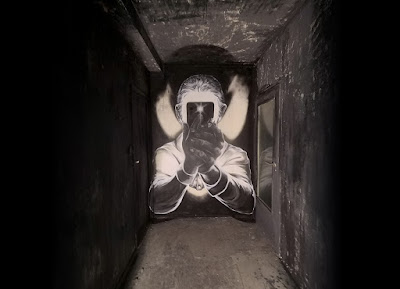 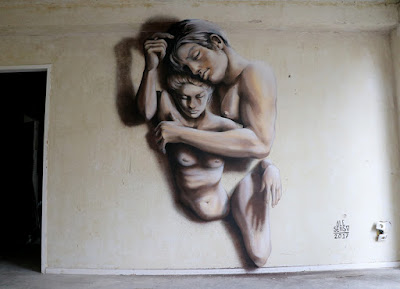 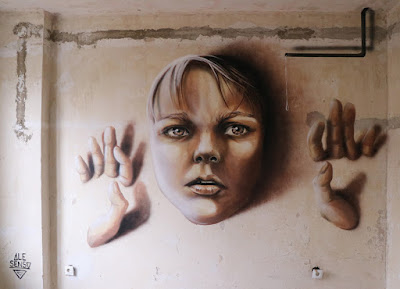 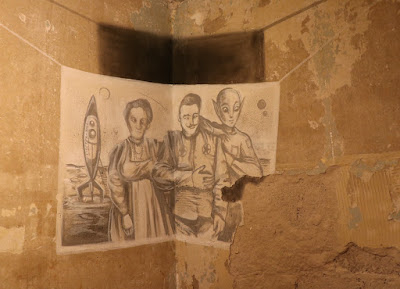 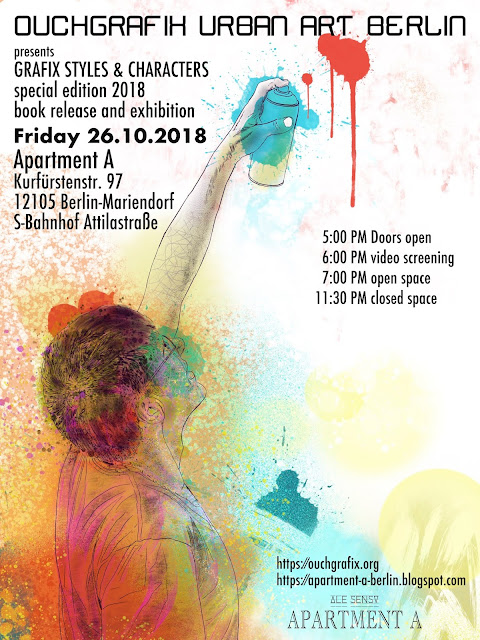 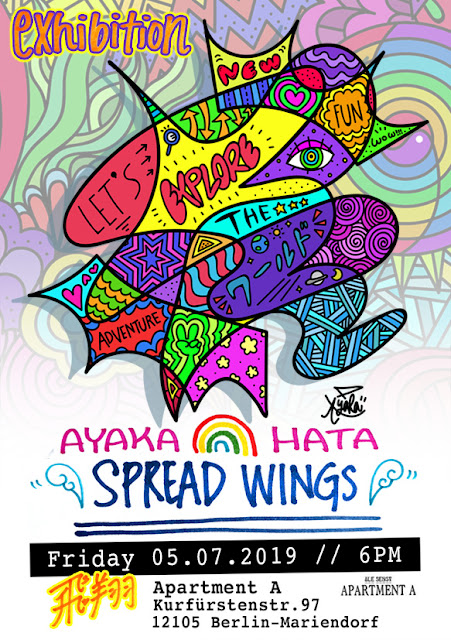